Beirut Institute hosts political leaders, senior policy makers, prominent thinkers, major CEOs, and civil society leaders to reflect on different tracks of transformation in the Arab region and to put forward actionable policies and innovative solutions that will help reconfigure the region and its global space. 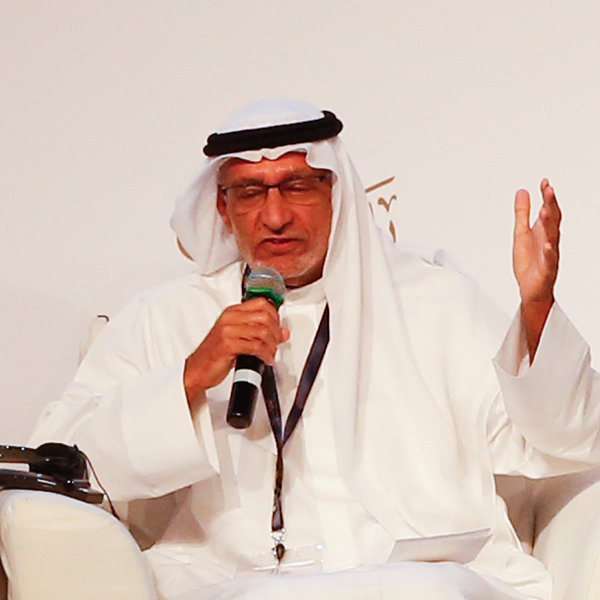 Abdulkhaleq Abdulla is a UAE national born in 1953. He is a retired professor of Political Science, was Senior Fellow at LSE and Chairman of the Arab Council for Social Science. He served as director of Gulf Research Unit, Sharjah for 10 years. Holds PhD in Political Science from Georgetown University and MA from American University. Professor Abdulla was a Fulbright Scholar and a visiting professor at the Center for Contemporary Arab Studies, Georgetown University. His research interests include issues of political changes in the Gulf and the Arab World. He is the author of several books including the Gulf Regional System. He has published more than 50 articles, the latest are the ‘The Repercussion of the Arab Spring for the GCC States’, ‘Sociopolitical Issues of the Arab Gulf Moment’ and the ‘GCC at a crossroad’. Professor Abdulla writes a monthly op-ed for the Gulf News. 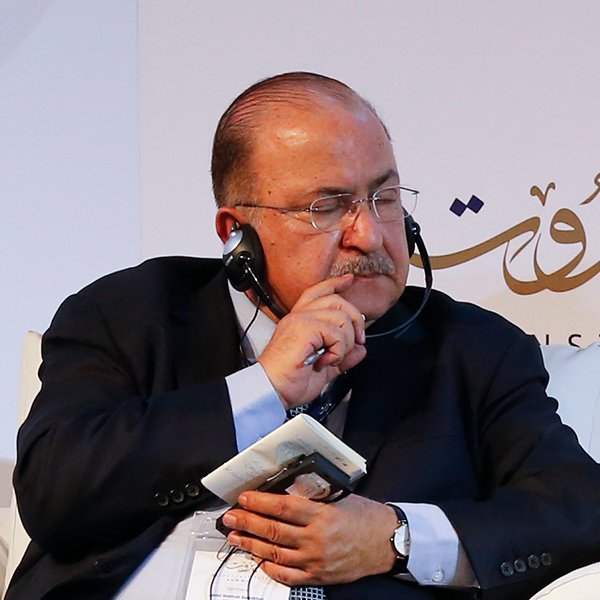 Abdul Wahab Badrakhan is a Lebanese journalist, who writes weekly in London's Al-Hayat newspaper among other Arab publications. Badrakhan was a journalist in 'Annahar' (Beirut) until 1979, in 'Annahar Arabic & international' magazine (Paris) up to 1989, in 'Al-Hayat' (London) as managing editor then deputy editor in chief until 2006. At present, Badrakhan is working on two books. The first book is on the roots of the experiences that have motivated young Arab men to go to Afghanistan. The second is devoted to Arab policies to counterterrorism, starting with the attacks of Sept. 11, 2001 and covering the ensuing wars. 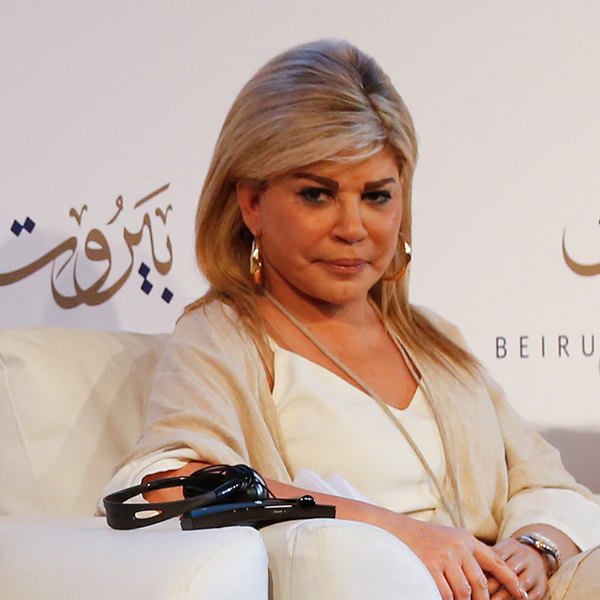 Over more than 25 years as a journalist, May Chidiac started her career as a radio news broadcaster at the Voice of Lebanon radio station and used this platform to launch her television career as a news anchor and war correspondent at LBC. As a TV correspondent, Chidiac fought for freedom of the Lebanese people when few dared to speak against the state of tyranny through her show, "Nharkom Saiid" from 1998 to 2005, during which she was frequently threatened. Six months after the assassination of former Prime Minister Rafik Hariri in 2005, Chidiac was attacked by a car bomb causing her to lose her left leg and arm. After ten months of numerous surgeries, treatment, and rehabilitation programs, she returned to the TV screen in a prime-time political talk show called "Bi Kol Joraa" (With Audacity). Chidiac followed this move with a book entitled: "Le ciel m’attendra" (Heaven Can Wait) which was awarded the "Prix vérité" in Le Cannet, France. May Chidiac obtained her PhD in "Sciences de l’information et de la communication" (Communication Sciences) with high distinction from Université Pantheon Paris II Assas in 2008. She is currently proceeding with her academic profession as a Journalism and Radio/TV professor at Notre Dame University-Louaize (NDU).

She also published a non-fiction work "La télévision mise à nu" (Television Exposed in French. The second edition of this book will be published in Arabic in 2018. The book was awarded the "Phoenix Prize" which recognizes French books written by Lebanese writers in 2014. Throughout her career, Chidiac received numerous international awards and medals such as: the "2017 Minerva Anna Maria Mammoliti Prize for Human and Civil Rights" for Women in the World category which is the first women prize in Italy with the Medal of the Presidency of the Italian Republic. Received "Dame de l'ordre de Saint Gregoire-le-Grand", from Vatican in 2017, to be decorated by the Lebanese Maronite Patriarch Becahra Botrous Rai on May 2018. "Le Prix de la Francophonie pour la Liberté d’expression", "UNESCO Guillermo Cano World Press Freedom Award in 2006".

Later that year in June, with the support of the President of USA Bill Clinton, the United States Secretary of State Ms. Condoleezza Rice congratulated Dr. Chidiac for winning the 2006 UNESCO Award and highlighting on her outstanding work as a media personality. In October 2006, she was awarded with the IWMF (International Woman Media Foundation) Courage in Journalism Award" delivered in Los Angeles, New York and Washington. IWMF’s work celebrates the courage of women journalists who overcome threats and oppression to report and bear witness to global issues. In May 2007, she was decorated by the President of the French Republic, Jacques Chirac, with the medal of "Chevalier de l’Ordre de la Légion d’Honneur" at Elysée Palace. She is a member of the High Panel on Peace and Dialogue among cultures – UNESCO (New avenues for peace).

In April 2010, the International Press Institute, a leading Vienna based organization in press freedom named Dr. May Chidiac a hero and honored her as one of the honorary heroes in press history. Dr. May Chidiac participated in significant symposiums and colloquiums. In 2017 she participated as a jury member in "Concours numérique francophone aux cœurs des mots" in Monaco organized by L’Association des femmes’ leaders mondiales de Monaco. In 2017 as well, Dr. Chidiac participated in the "Rome MED Women's Forum" as a speaker in the second panel titled "Building new networks: the role of women in peace and security (WPS)". In 2016 Dr. Chidiac participated as the International jury’s vice-president in this UNESCO/Emir Jaber Al Ahmad al-Jaber al-Sabah Prize for Digital Empowerment of Persons with Disabilities competition (Paris 2016). 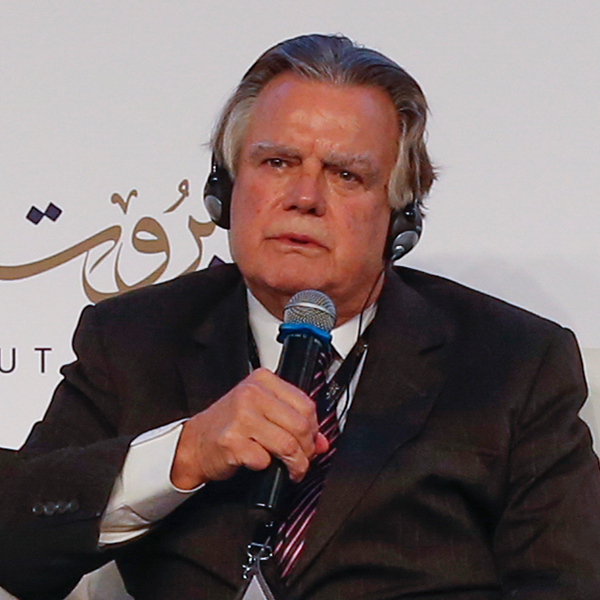 Dr. John Duke Anthony is the Founding President and Chief Executive Officer of the National Council on U.S.-Arab Relations. On June 21, 2000, H.M. King Muhammad VI of Morocco knighted Dr. Anthony, bestowing upon him the Medal of the Order of Ouissam Alaouite, the nation of Morocco’s highest award for excellence. Dr. Anthony currently serves on the United States Department of State Advisory Committee on International Economic Policy’s Subcommittee on Sanctions.

Dr. Anthony is the only American to have been invited to each of the Gulf Cooperation Council’s Ministerial and Heads of State Summits since the GCC’s inception in 1981. In addition to establishing and heading the National Council since its inception, as well as consulting, lecturing, and serving as an Adjunct Faculty Member of the U.S. Department of Defense’s Defense Institute for Security Assistance Management (DISAM) since 1974.

Since 1986 and continuing to the present, Dr. Anthony has accompanied more than 200 Members of Congress, their chiefs of staff, defense and foreign affairs advisers, and legislative and communications directors on fact-finding missions to the Arab world. From 1996 to the present, he has also served as the principal scholar-escort for delegations to various GCC countries, Egypt, and Yemen comprised of 144 officers assigned to the staff of successive Commanding Generals of the U.S. Central Command.

Dr. Anthony is the author of three books, the editor of a fourth, and more than 175 articles, essays, and monographs dealing with America’s interests and involvement in the Arab countries, the Middle East, and the Islamic world. 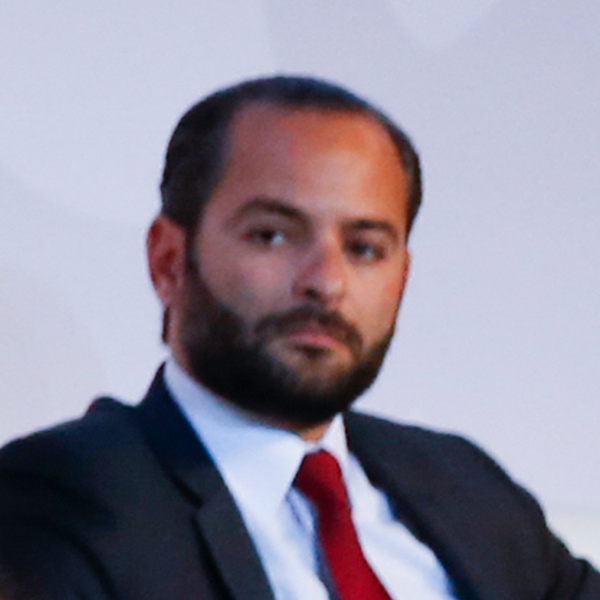 Firas Maksad is director of Arabia Foundation, a Washington DC think tank focused on the Middle East, and an adjunct professor at George Washington University. His areas of expertise include US foreign policy in the Middle East, the politics of Syria, Lebanon and the Arab Gulf. Prior to joining Arabia Foundation Firas served as an associate to Ambassador Dennis Ross, the former US–Middle East presidential envoy. He worked on Capitol Hill for the House International Relations Committee and was a political consultant for global law firm DLA Piper. He also oversaw research on the Levant at Eurasia Group, a prominent political risk advisory firm. Firas’ articles have appeared in Foreign Affairs, Foreign Policy, The Wall Street Journal, the L.A. Times and other publications. He completed his graduate studies at Georgetown University’s School of Foreign Service and his undergraduate degree in political science at American University of Beirut. 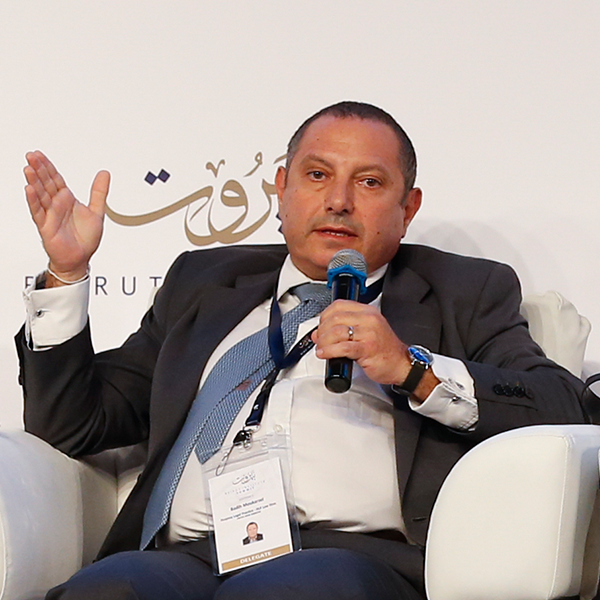 
Badih Moukarzel is the managing partner of Huqooq Legal Practice (HLP) for the UAE offices. He has extensive experience in the hotel and leisure industry both within the GCC region (Gulf Co-operation Council for Arab States of the Gulf) and internationally. There is a particular complexity in corporate structures for companies operating in the region relating to the differing laws and regulations of individual states, which can produce conflicting requirements on a group of companies operating in the region. Badih has particular experience in the structuring and restructuring of groups of companies so as to achieve the optimum solution in terms of management control and tax mitigation. .

Badih combines a particular diversity of commercial and academic experience. Not only did he spend 5 years in Paris with a hotel and restaurant group with businesses in London and Eastern USA as well as France, acting in an executive role for legal, tax, finance and management administration issues but he is currently a visiting lecturer in administrative law, tax and public international law at the Université Saint Joseph as well as being the Founder and President of the Environmental Association in Lebanon (Action Environment). 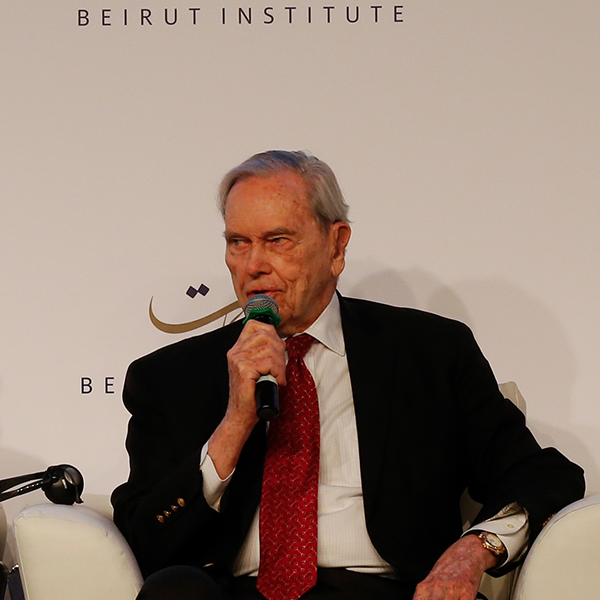 Richard W. Murphy for 34 years followed Near Eastern developments as a career foreign service officer. After assignments in Aleppo, Jidda and Amman and Country Director for Arabian Peninsula Affairs in Washington, he served successively as Ambassador to Mauritania, Syria, the Philippines and Saudi Arabia. He completed his government career as Assistant Secretary of State for Near Eastern and South Asian Affairs, 1983-89.

Until mid-2004 Murphy was the Hasib J. Sabbagh Senior Fellow for the Middle East at the Council on Foreign Relations in New York and has continued to visit that region several times a year. He is now an independent consultant based in New York City. He is a director of the American friends of UNRWA, on the Board of the Foundation for Middle East Peace, Chairman of the Middle East Institute (1983-89) and trustee emeritus of the American University of Beirut. 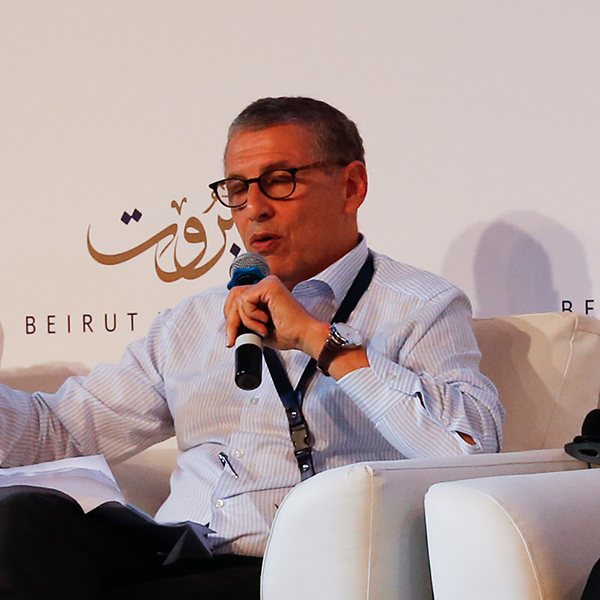 
Dr. Shennib is an internationally recognized cardiovascular and thoracic surgeon and an opinion leader in health care policies and international relations. He has a keen interest in foreign policy and has played key roles in international conflict resolution. He participated in the Middle East world economic forum as part of the Canadian delegation. Chaired the Libya European Benghazi Children with AIDS Working Group and made presentations to the European Union Parliament on this subject of Bulgaria-Libya conflict. He is in the Canadian Who’s Who registry. He held leadership posts like president, National Council on Canada Arab Relations, President of the Quebec Muslim Association, and was appointed member of the board of governors of Concordia University in Montreal in 2002.

Dr. Shennib serves regularly as an advisor in designing regional health care models worldwide and has participated in the development of educational and health care projects and reviews for numerous countries including Bosnia, Kazakhstan, UAE, Egypt and Libya and received an honorary PhD from Kazakhstan Institute of Medical Sciences at Astana for his contributions.

Dr. Shennib is currently a Professor at the College of Medicine, University of Arizona and Adjunct Full Professor at McGill University Faculty of Medicine in Montreal. After completing his postgraduate residency training in general surgery and cardiothoracic surgery at London University in the UK and McGill University in Montreal he underwent further fellowship training in Thoracic Surgery and Transplantation at the University of Toronto and in Vascular and Endovascular therapy at the Arizona Heart Institute. He holds the American Board Certifications in Surgery, Thoracic Surgery and Vascular Medicine. He is a fellow of the Royal College of Physicians and Surgeons of Canada, the American College of Surgeons and is a member of numerous specialty societies, co- editor of medical journals and has published over 200 original articles. Dr. Shennib also holds a Master of Science degree in Experimental Surgery from McGill University. He is an inventor and holds 17 patents.